Next
Push button for menu

In 1886, Charles F. A. Sorensen established an undertaking business as part of the furniture making business he worked at with his father. This business was at 132 West Wisconsin Avenue in Neenah. Charles’ son, also named Charles, started in the furniture business and after graduating from the Goodman College of Embalming at Milwaukee, assisted in the undertaking and funeral business. The Sorensen family conducted funeral services at their chapel on Church Street in Neenah from 1912-1934. After the death of Hattie Stridde Burke in 1930, Charles Sorensen saw an opportunity to take her beautiful home on South Commercial Street and convert it to a funeral home. He purchased the 304 South Commercial Street property from William Burke and remodeled and opened the funeral home in 1934.

Arthur Kessler joined the Sorensen & Son Funeral Home in 1934 after his graduation from Goodman College, embarking on his career in the funeral business. His wife Margaret became involved with the funeral home activities, becoming one of the first female licensed funeral directors (or “lady assistants” as they were known as at the time) in Wisconsin. The Kessler’s purchased the business from Charles Sorensen in 1940 and the name was changed to the Kessler Funeral Home. The Kessler’s expanded the building in the 1960s. Art and Margaret’s son George decided to carry on the family funeral tradition by joining the staff after his graduation from the Wisconsin Institute of Mortuary Science in 1966. George became the owner of Kessler Funeral Home in 1972 and retired in 2017 after 51 years of dedicated service.

In August 2017, funeral director Patrick Fahrenkrug assumed ownership of the funeral home and changed the name to Kessler-Fahrenkrug Funeral Home in 2022. Patrick was born and raised in Neenah and has been a licensed funeral director in the area since 1994. Patrick is proud to carry on the legacy of the Kessler family, working under the same principles of honesty, integrity, and quality service. 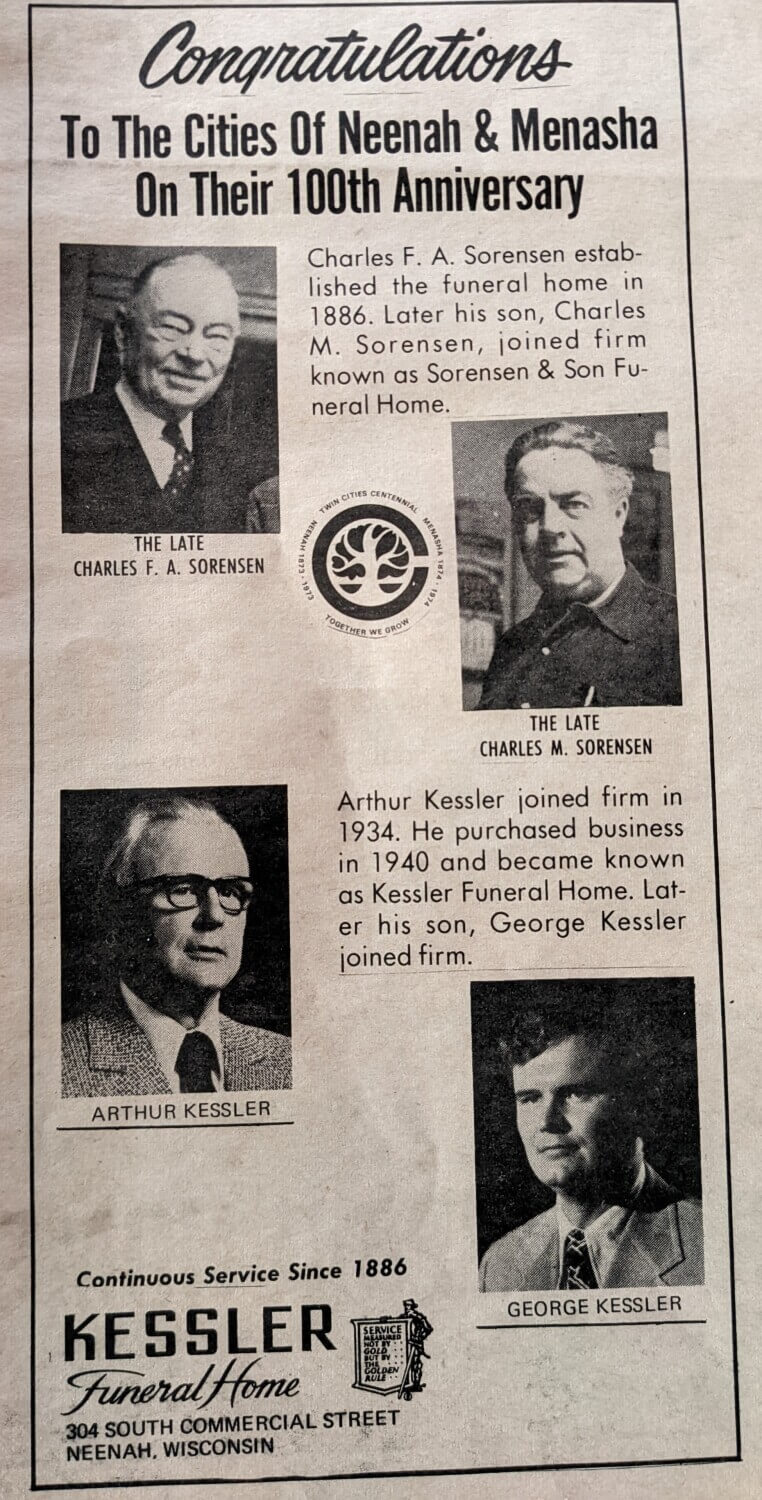